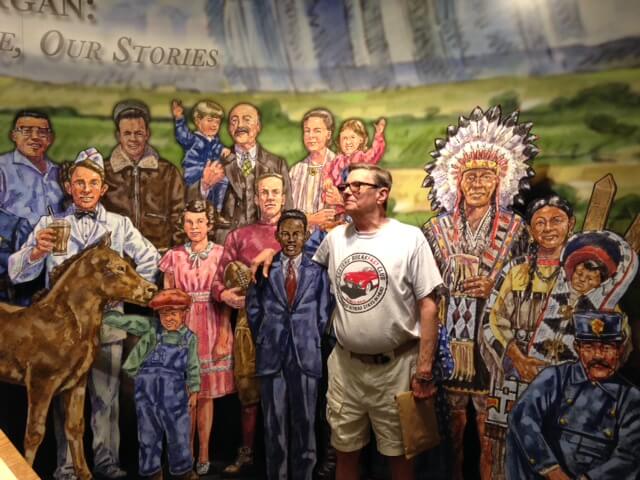 Simon Fletcher played linebacker for the Denver Bronco’s 1985-1995 and by many accounts was the best in his day. At that time linebackers didn’t get a lot of recognition except when they failed. In May 2016, Simon was inducted into the Broncos’ Ring of Honor. Most of us (Geezer’s) met Simon through John Murray. John was a frequent geezer breakfast attendee, until he passed in April 2012, and Simon would sometimes attend with Johnny. We had lost track of Simon since he closed his BBQ restaurant location in Greeley. The notice of his Ring of Honor induction brought his Gridiron Grill & BBQ restaurant in Fort Morgan to light.

Having survived through the winter months and only one geezer road trip to date this year the guys were excited to get the Vettes on the road and visit the Gridiron Grill in Fort Morgan. A scouting trip was made. Fort Morgan highlights mapped and announcement published. The trip was planned for Wednesday June 29. According to scout reports, Simon opened at 11AM. Twenty cars worth of geezer’s met at the Red Rooster restaurant on highway 66 and excitedly departed at 9:45. East to Platteville where we turned north on 85. We picked up Bruce and Paul in Evans and then proceeded east on 34 to interstate 76 and northeast to meet up again with 34 east. At this intersection in a once abandon restaurant attached to the Shell station stands the Gridiron Grill & BBQ. We park orderly with this amazing collection of Corvette’s shining in the morning sun. Crowds (of one) gather to take photos. The group poses for a group pic in front of our destination. It’s 10:55. A sign on the door indicates “will return at 12”. We check desperately for signs of life and confirmation of the opening time. There are no lights on inside. The smoker in the back is cold. The clerk at the Mighty Mart next door says that he can smell food cooking by now if the restaurant was going to be open. In some despair we take a vocal minority vote to retreat and execute ‘Plan B’. Driving into Fort Morgan we turn south on Main Street and fill all remaining parking spaces near Cables Pub & Grill. The group is welcomed, immediately seated and served by a cheery Wendy. It was our luck that Wednesday is Burger Madness Day and burgers were half price. They were great one – half pound burgers.

So Simon Fletcher’s Gridiron Grill & BBQ was a bust, but the road trip was a winner by all accounts. 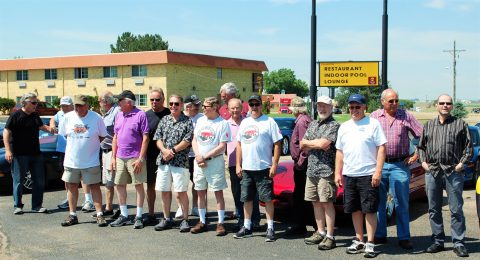 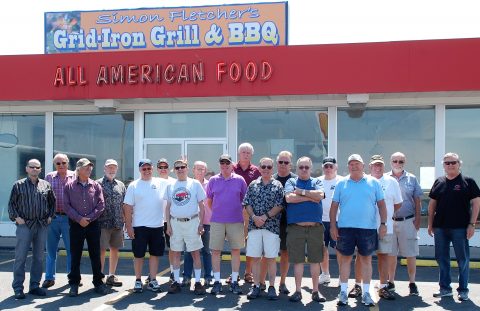 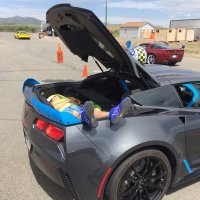 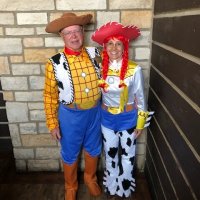 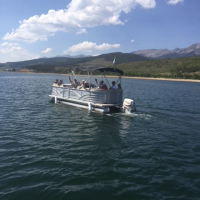 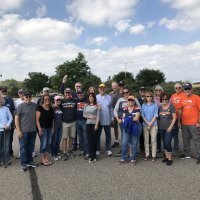 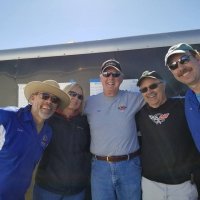 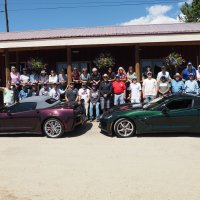